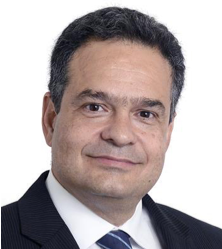 Brazilian politician and current Executive Secretary for Sanitation Policies of the State of Ceara and President of the Fiscal Committe of the state owned Water Supply Company (CAGECE).

He has also served as head of UNESCO´s Research and Evaluation Unit in Brazil in charge of coordinating a group of over 15 researchers developing several national evaluation studies on issues related to education, HIV-AIDS programs and governmental policies focused on adolescents. He worked with and for several international and multi-lateral organizations such as PAHO, WHO, UNAIDS, UNDP. During that time, he also took part in the foundation of the Brazilian Evaluation Network.

In his current role as Secretary for Sanitation Policies, he is leading the modeling of a community based governance model for water supply and sanitation services in the rural areas of Ceara, launching a public-private partnership for the first desalinization plant in the country, and developing solutions for sustainable reuse of waste water both in rural and metropolitan areas. Paulo holds a PhD in Environment and Development from Universidade Federal do Ceara studying the “Environmental Innovation and Good Governance on Municipalities of the State of Ceara”. He has also worked with economic development at Bank of Northeast in Brazil and as a Professor at the State University of Ceará (UECE) and Federal University of Ceará (UFC).