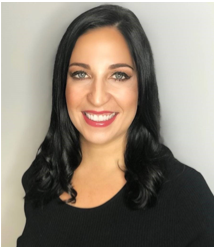 Michelle Abbs is the Director of Babson College’s WIN (Women Innovating Now) Lab for Miami. She is responsible for recruiting and selecting top female founded companies for the accelerator program, as well as overseeing the stakeholders and executing the program model to scale business ventures. During her tenure she has grown the program visibility to more than triple the applicant pool. Her oversight of the experiential curriculum has led to the creation of more than 50 jobs, over 7 million in capital raised and on average 244% revenue growth from the over 60 alumni entrepreneurs based in South Florida. Her work and achievements have been recognized, and she was named the Emerging Leader of South Florida in 2018. She serves as a thought leader on gender and entrepreneurship having been featured in Fast Company, Inc., Yahoo Finance and as a featured panelist at national start up and investment conferences.

Prior to joining WIN Lab, she worked in education, non-profit and the for-profit sector across Miami. Including serving as the Managing Director at Teach for America where she coached over 400 teachers in Miami Dade County Public Schools. As a Class IX Miami Foundation Miami Fellow, she engrained herself in the local leadership ecosystem, even ushering in the first alumni program for the Miami Fellows. Her deep commitment to the community includes supporting the Superintendent’s Foundation board, the Health Information Project and cultural programs at the Adrienne Arsht Center. Michelle received her Master’s in International Education from Florida International University, and her BA from University of North Carolina.