How Do You Get Out of a “No Way Out” Situation?

There’s a powerful scene in the Kevin Costner thriller, ‘No Way Out,’ where Costner finds out the woman he was secretly having an affair with has been killed.  Then it gets even worse.

He learns she was also having an affair with the Secretary of Defense, Gene Hackman. Hackman knew she was seeing someone else and wants to frame this other guy – whom they’ve conveniently deemed a Russian spy – and asks Costner to lead the charge (to find himself!).  Hackman tells Costner he’ll have the full backing of the Pentagon to find this “Soviet killer”.

Costner excuses himself to use the restroom, locks the door and his knees give out and he collapses to the floor. She’s dead!  The Pentagon is going after him?  You are right there with him.  You can feel his panic. What is he going to do?  There’s no way out.

I’ve never had the Pentagon looking for me – as far as I know anyway – but I’ve been in spots that seem like there’s no way out.

When you’re in the middle of a tough situation, it’s easy to feel trapped.  I heard a star athlete once say, “I’m not the hero.  The guy who has $97 in the bank and the mortgage is due, and he figures it out – that’s the hero!”

Or finding your way through being called in to give a last minute presentation – to the executive team – and you’re unprepared. Or having to make a phone call, that you’ve been dreading, and that scares the hell out of you. Or feeling a lump.

What do you do?

Feeling trapped or overwhelmed or scared out of your mind, sucks.  And it doesn’t matter if it’s the Pentagon, your landlord or your boss – the feeling’s the same.  So how DO you find a way out?

You need to do something.  It may start with just taking a deep breath.  Or a few of them.

Know that you WILL get through this.  That you can figure it out. When I’ve been in the middle of a panic situation, I would pick a date in the near future and tell myself that on March 21st this will all be behind me.

Or I think of something that had seemed insurmountable a few months before – and I could barely remember it now.  It reminds me that you do get through it. Although at the time you feel like running around with your hands over your head screaming, “I can’t do it!”

I recently had to do something I was dreading.  I had built it up in my head as something awful – something scary.  I let it ruin my days (many days) worrying about it.  I finally took a deep breath and did it.  And it is NEVER as bad as you build it up to be.

You may feel cornered and that there’s no way out, but often you’re not cornered, you’re just stuck.  You don’t know what to do, so you do nothing.  And the panic and fear builds.

ACTION is a great remedy for fear and dread.  Little steps start to break the fear apart.

There’s a saying, “When God closes a door, somewhere he opens a window”.  The thing they don’t tell you is that the window might be on the top floor with no fire escape.  So you may have to be creative.  You may have to build your own ladder.  You may have to ask for help.  But there is a way out.

Is there something in your life that YOU are dreading or that is making you feel overwhelmed?

You can find your way out. Put your pride aside and tell someone. Ask for help. Figure out a new way to look at it. Find a short-term solution. Call a friend.  Make an appointment.  Apply for a different job.  Ask for an extension.  Negotiate a deal. Offer to set up a payment plan. Tell yourself that you WILL get through this. And then do something. Take a step.

You will feel AMAZING after you take action.  You’ll be able to breathe.  The sense of panic, if not totally gone, will be SO much better.  You’ll ask yourself why you let it get this far and why you didn’t do something sooner.  Year of Action baby. YOU can do this.

If Kevin Costner could find a way out – so can you.

What kind of “no way out situations” have you been in?  How did you find your way out? 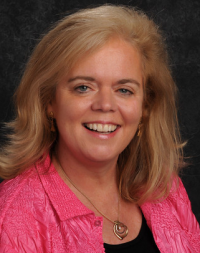 Want help taking action in business and life? Sign up to get weekly updates and our Action Starter Kit – FREE

Thanks for being here and here’s to YOUR Year of Action,