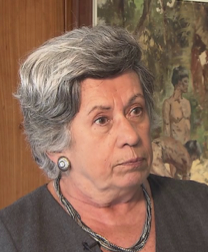 Dorothea Werneck is a Senior Economist, with master’s degree and PhD-Abd in Economy at Boston College (1975) and has an illustrious and recognized career both in the public and private sectors with many relevant accomplishments. Dorothea was the second woman Minister in Brazil and the only woman to have been appointed minister twice in different administrations. Amongst many high ranking positions, she served as Minister of Labor in 1989 and Minister of Development, Industry, Trade, and Tourism in 1995. Most recently she served as Secretary of Economic Development at the Minas Gerais State Government.

In the private sector, she is currently a Board Member at FITec, a foundation focused on research and development for Telecommunication, IT, Energy, Smart Cities and IoT and a Board member of the Brazilian Quality Academy. She has occupied many senior leadership positions, including President of Excel Banco de Investimento S/A- Investment Bank.  Dorothea has been awarded with the Grand Cross of the National Order of Scientific Merit – Presidency of the Republic of Brazil – “Grã-Cruz da Ordem Nacional do Mérito Científico – June 1995”, amongst many others.