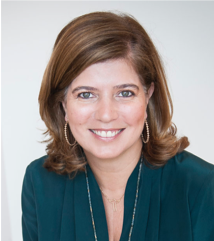 Adriana Machado is one of Latin America’s most celebrated women business leaders and an outspoken advocate in the impact economy space. She is a former CEO of GE Brazil and founder of the Briyah Institute, a Benefit Corporation that bridges innovation, practice and purpose. Adriana serves on the board of the United Nations Association (UNA-USA) Miami Chapter, America Solidaria US, and “Conselho de Cidadãos Brasileiros na Florida”. She also serves as the Executive Director for the Brain Health Project (BHP), an initiative aimed at preventing Alzheimer’s Disease by promoting brain health and slowing cognitive decline.

Adriana became the first woman President & CEO of GE Brazil in 2011. After a 2-year stint as CEO, she served as regional head of Government Affairs & Policy for GE Latin America. Prior to GE, Adriana was Director of Government Relations at Intel Brazil, Director of Strategic Affairs at the American Chamber of Commerce for Brazil and a political advisor at the U.S. Embassy in Brasília. She started her career as a research assistant at the Institute for Applied Economic Research (IPEA), and as a UNDP Consultant at the Strategic Affairs Secretariat of the Office of the President of Brazil.

Her cross-cultural and cross-sector skills –from big business, government and nonprofit– grants her a unique perspective towards entrepreneurship, resilience and leadership. Adriana is married and has 2 sons.